Madan Mohan Malaviya has been conferred Bharat Ratna by the Narendra Modi government. Who was Malaviya?

A leader of the Hindu Mahasabha in the 20th century, Malaviya helped establish the Bharat Dharm Mahamandal in 1887, and was its Chief Preceptor. The mandal aimed at the promotion of religious education based on Sanatana Dharma and knowledge of sacred texts. Malaviya was also a founder member of the Prayag Hindu Samaj in 1880. The Samaj had more militant aims than the Mandal: to promote Hindu society and Hindu religion, and train Hindus to oppose and resist their enemies. True to its spirit, Malaviya argued in 1923: "Friendship could exist between equals. If the Hindus made themselves strong and the rowdy section among the Mahomedans were convinced they could not safely rob and dishonour Hindus, unity would be established on a stable basis." For him, the reason why Hindu-Muslim unity was weak was because the Hindu was not united. Peace could be achieved only by showing the enemy (i.e., the "bad elements among the Muslims") the possible destruction that a reciprocal attack could result in. Thus, Hindu militancy could be a deterrent to the "threat" that Hindus faced from Muslims! In this way, "sanghatan" became an established aim of the Hindu Mahasabha under Malaviya. No wonder, he received the award when an RSS man is the Prime Minister. 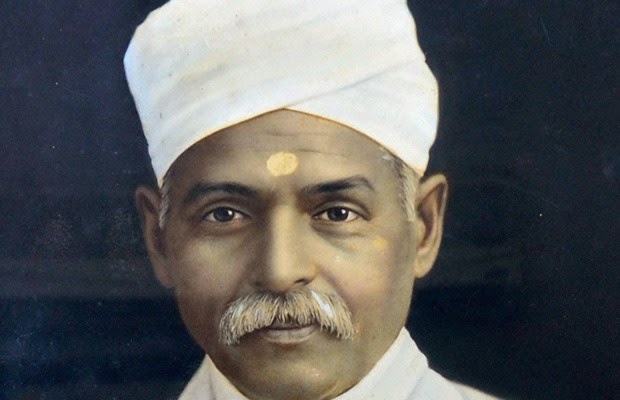 Malaviya was also one of the first Hindu leaders in the 1920s to rake up issues of relationships between Hindu women and Muslim men, and give it a communal colour (see his presidential speech in 1923 at the Hindu Mahasabha conference in Banares). This was one of the foremost expressions of what the RSS now calls "Love Jihad".

It was also Malaviya who initiated the programme of "shuddhi" (alongside "sanghatan") of the Hindu Mahasabha, which aimed at reconverting those who moved away from Hinduism in the past. In a resolution passed under his leadership, the Hindu Mahasabha, for instance, asked the Hindu religious leaders of Malabar to "unhesitatingly...re-embrace all the converts and restore them to their former caste and social status". Emphasis: former caste and former social status! Is it a surprise, then, that he is being awarded the Bharat Ratna when the "ghar wapasi" campaign is at its peak?

Malaviya was the founder of the Banares Hindu University (BHU) and its Vice-Chancellor between 1919 and 1939. The BHU was established with the aim of promoting Hindu education. It was Malaviya as the Vice-Chancellor who allowed the RSS to open a branch and run a shakha inside the university premises in 1929. Thus, he was instrumental in saffronising the BHU, giving every course a communal colour and transforming the campus into a hotbed for communal politics in northern India.

Along with Atal Bihari Vajpayee, a life-long RSS pracharak and one who incited karsevaks in Ayodhya with his speeches, the Bharat Ratna to Malaviya represents the new trend of transforming communal leaders of the past into national icons; what secularism remains with such icons?

View my complete profile
"When Adam delved and Eve span,
Who was then the gentleman?"